It’s said that if a friendship survives for seven years, it will last a lifetime.

Our friendship started when we were seven and now we are decades stronger.

When I moved to a new neighborhood in apartments. Contests were being held as part of their annual celebrations and there is only one competitor for mein every contestI entered into. In later years, we teamed up and the association always got very similar prizes for both of us, irrespective of the first and second places we would get.

Also, we were mostly considered twins, due to our facial similarities and also the way we were always found together almost at all times, despite attending different schools. 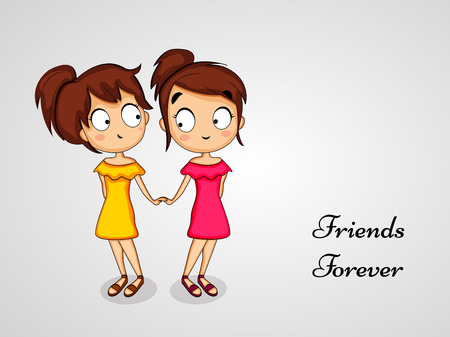 How did it survive?

After five wonderful years, we had to shift and it was the first time, I experienced the pain of parting ways. It was the time when telephone digits were just three or four and existed only in certain offices and such.

But the pen pals were in rage, by then. And yes, we wrote to each other occasionally and shared few cards, though the times we remembered each other were much more than that.

Later, we connected over phone after years, and the teenage years went busy in our own separate ways. When we met again after almost a decade, nothing much has changed between us and now the technology keeps us connected!

Our story together alone could take up much space and few of them might be coming up in this series.

How about sharing your longest friendship story?

Your reply to the ripple... Cancel reply

This site uses Akismet to reduce spam. Learn how your comment data is processed.

Co-owner of the site
Lyrical Delights

Helped publish the book “Through the Mist”
(A Collaborative venture)

Blogged a post everyday through the year 2016. For most of the year, the posts were in this sequence and there were deviations now and then…